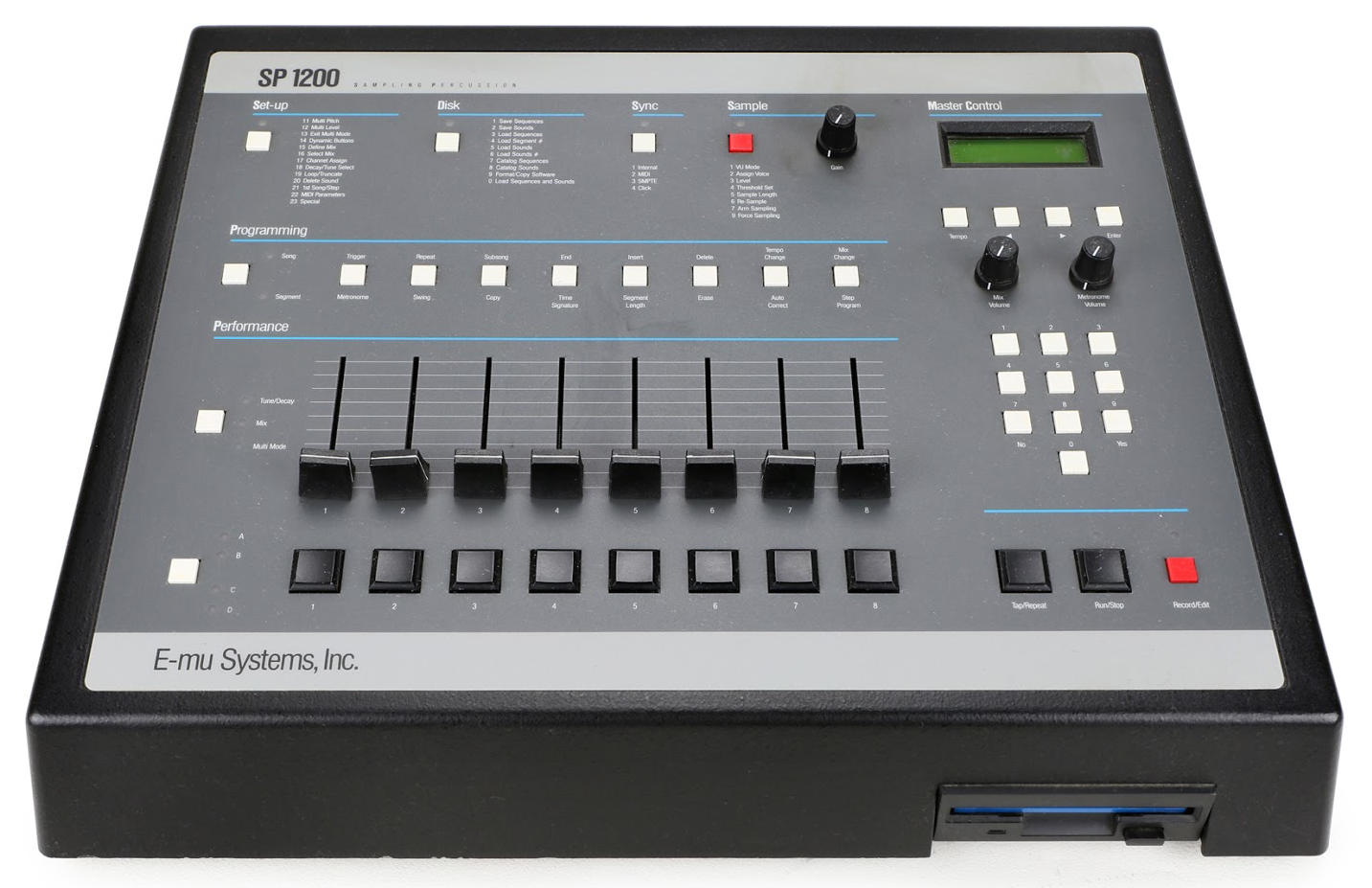 The first time I saw an SP1200 I was an intern for a rap engineer called Paul C, I learned a lot from working with him. He was working with a group called ULTRA MAGNETIC. Paul took samples from records, LP's and 45's, he'd loop a section of a song, then he sampled the kick and a snare drum after that he played a beat that gave the loop a hip hop feel. After about 10 minutes of playback they decided to change the snare Paul pulled out a 3.5 disk put it in the disk drive and loaded about 5 snares. The sound the SP1200 produced gave each sample more bite, power, and sometimes a cool tonal ring. What made this machine so hip was you were able to have more of a choice of drum sounds with tuning. So I traded-in some equipment and brought one. I spent about 5hrs a day for about two weeks, while interning I watched the other engineers on the SP1200, then I mastered it that was the first machine I mastered and it was so much fun, I quit my job cause I found a better one, those were the days the beginning of hip hop. This DVD will give you all the secrets you need to make phatt beats and grooves.

LEARN HOW EVERYTHING WORKS IN LOGIC PRO X.

LEARN HOW TO ROCK YOUR MPC TOUCH FOREVER.

LEARN HOW TO WORK THE MASCHINE STUDIO.

LEARN HOW TO WORK THE MASCHINE.

JOIN NOW & LEARN HOW TO MAKE YOUR STUDIO BOUNCE.

LEARN HOW TO WORK YOUR MASCHINE MIKRO.

MASTER PRO TOOLS AND WORK IT LIKE A PRO.

More Products in Our Store

Watch any of our videos series online, you can view from any device, a computer, a smart phone, a tablet, Apple TV etc., download any of our 80,000 samples, get help from our help desk all for one low price.

SampleKings has been in business making instructional videos since 1992. We take our time to get it right so every video series teaches you the best way to use your hardware or software system in your production whether it's music or video. We back it up by providing you with our phone number: (718 715 4652) if you need any help.